What is Waste Incineration?

The burning of organic materials found in waste is known as incineration. It is a type of waste management.

The conversion of waste material into ash, flue gas and heat is a process of thermal treatment.

The ash made though the process consists of inorganic components of waste which might be in the shape of solid lumps or particulates.

These particulates are carried away by the flue gas.

Before the flue gases are released into the atmosphere, they are supposed to be cleaned. We need to remove the particulate matter and contaminants of toxic gases.

At times, the heat generated from incineration is used in a useful way like producing electricity.

The following information is just introductory; you can read up in detail about the pros and cons of incineration just by scrolling down.

Incineration of plants is able to reduce the mass of waste by 95%-96%. The recovery level and decomposition of substances determines the decrease in waste.

Although, incineration does not help substitute the need for landfills, it has been helpful to reduce the quantity of waste in landfills.

Landfills acquire quite a bit of space, so it’s very beneficial finding a way to reduce the size of landfills.

An example of this would be Japan, where they have a shortage of land due to which their thermal plant is very popular and necessary.

When it comes to destroying contaminated hazardous medical waste or any other life-risking garbage, Incineration is able to do that which is considered to be one of its major benefits along with many others.

Other than this, incineration is also a good way of utilizing waste to make energy. The energy produced by incineration plants is at very high demand in nations like Sweden and Denmark.

On the other hand, incinerators also have their fair share of disadvantages.

Let’s have a look upon the advantages and disadvantages of incineration in detail.

As mentioned earlier, incinerators are able to decrease the quality of waste by as much as 95% and reduce the solid quality of the original waste to 80%-85% depending upon which types of components were present in the solid waste.

Therefore, even if incinerators are not able to get rid of the dumping ground completely, they definitely are able to decrease the quantity of the land required.

For countries like Japan which have the shortage of land, incinerators are best in practice as they take less space.

The remaining space can be utilized for another use like building residential communities.

Research has repeatedly proven that landfills pollute more than incinerators.

A study done in 1994 on a lawsuit in the US showed that the location where incinerators were placed was more environment–friendly when compared to landfills.

It was discovered that the landfills were releasing much higher quantities of greenhouse gases including but not limited to methane, nitrogen oxides, dioxins, hydrocarbons and non-methane organic compounds.

3. Heat and Power is produced

During the 1950’s, due to the rise in energy costs many countries incorporated the use of heat and energy produced by waste incinerators to generate power with the help of steam turbines.

In some countries, incinerators are integrated with modern heating systems.

For example, Sweden is able to generate 8% of its heating needs with the help of waste incinerators. That amounts for heating of homes for a million people!

Countries which have cold weather utilize the heat from the incinerators to warm their homes and places of work in areas closer to the plant.

4. Incinerators have filters for trapping pollutants

The main problem with incineration of solid waste was that they release hazardous compounds; mostly dioxins. However, this is not the case anymore.

New incinerator plants have filters which can trap these hazardous gases and particulate dioxin.

The current incinerator plants which are being operated are operating within the pollution limits recommended by the international protocols and the Environment Protection Agencies (EPA).

These plants can be located near cities or towns. This seems like a big advantage as the waste would not have to be driven for longer distances for dumping.

It greatly reduces the cost of transport, and conserves fuel use!

The money saved from transportation can be used elsewhere. For example, it can be spent upon the well-being of the community and to grow the sustainability of a district or a city.

It also helps to reduce the harmful gases released by the vehicles while transporting, thereby reducing the overall carbon footprint in the waste disposal process.

6. Provides better control over noise and odor in the community

Landfills are where the waste is openly kept for decay; which causes them to emit unpleasant smells.

However, incinerator plants are able to take control over that since they release fewer unpleasant smells as the waste gets burned as soon as it reaches the plant.

Incinerator plants are able to control air pollution. Landfills also have nighttime rail operations which lead to noise pollution, which is unheard of when incinerators are used.

More than 200 residents of Perinton-Macedon area of Rochester sued Waste Management over complaints of ‘noise and odor’ in August 2018. You can read more about this matter here.

7. Prevents the production of methane gas

When the waste decays while being dumped in landfills; it generates methane gas which, if not controlled, may cause further global warming.

On the other hand, incineration plants are safer because they don’t produce methane gas during or after the process.

The incineration plants need high temperatures to work due to which they are able to destroy germs and chemicals which are harmful.

Therefore, this is considered as a very effective method to eliminate clinical waste. Incineration plants are the mainstay of treatment for hazardous waste.

9. Incineration plants can operate in any weather

incinerators are able to work and function in any type of weather, whether it’s rainy season or summers.

However, waste cannot be dumped into landfills in the rainy season as the water would get contaminated, giving rise to contaminated run-off which will make its way into the neighboring areas as well as seep into the ground water.

The waste can also not be dumped in a windy season as it would cause the waste to be blown into the surroundings and also cause air pollution.

Incinerators can work in any weather which frees them of limitations to weather changes. They can work in almost all conditions. Whereas in landfills, we would have to wait for the weather to clear up to clearly be able to store waste.

While the waste is burned, the metals stay whole because they have a higher melting point than other materials.

The metal is picked out and recycled by the workers after the whole burning process ends. There is no need to separate the metal before the waste disposal.

Landfills have a problem that the garbage is not sorted out and organized which leads to the wastage of resources which could have been recycled.

Therefore, it is beneficial to use incinerators to reuse and remove metals.

Incinerators can be operated by governments, institutions, cities, or private waste management companies with a computer device which can be used to get rid of most of the problems.

The computer system would help the operators identify a problem before it gets expensive to repair or get serious.

With the help of a computer, the operational efficiency would be tracked properly.

12. Effective use of Ash

The ash which is a by-product of the combustion of waste can be used in construction, be land-filled or get shipped to far off lands.

The shipping of ash is much more convenient. There is 95-98% mass reduction as compared to the initial waste.

The installation of an incinerator is an expensive process.

It requires an infrastructure construction cost which is quite high.

Other than that, it needs trained people who are educated enough to operate and run the incinerators. There is also a high maintenance cost.

Smoke is produced while the waste is burned. Many gases are produced which includes acid gases, carcinogen dioxin, particulates, and nitrogen oxide.

The gases pollute the environment. Many researches show that the gases released are cancer- causing gases.

The filters on these incinerators have limited this issue to quite an extant.

Incineration does not promote recycling and reduction in waste. The actual point to focus on should be to recycle waste and to reduce it.

Burning the waste without recycling would only cause further environmental damage because it would encourage waste production. 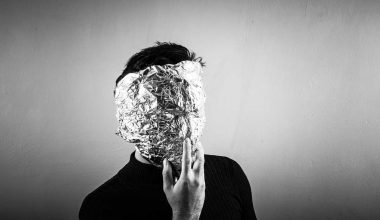