What are Environmental Issues?

Environmental issues are problems that have occurred as a result of human actions on the natural environment.

Now that we have listed them out, (So Many!!)

Let’s discuss each of them in better detail.

Fumes from the industry and from vehicle engines are some of the major reasons.

They release greenhouse gases that have damaged the environment to alarming levels today. Burning of fossil fuels has created a bio-hazard as it is. More on Air Pollution…

It won’t be long before clean drinking water would be a scarcity, people and governments are already fighting over it.

Water is contaminated by numerous industrial, agricultural and commercial activities; some glaring examples would be oil spills and acid rain.

We can’t drink that water! Nor can animals. It’s damaging to the plants as well. More on Water Pollution…

2 Billion people Don’t have access to clean water. 25 million of those are from South East Asia, Help them here.

This is decreased pH of the ocean water, mostly caused by increased amounts of Carbon dioxide (CO2).

A quarter of that CO2 comes from humans.

The acidity of ocean has been increasing since a few centuries but by 2100, it can double! This puts marine lives significantly at risk.

This is a major culprit damaging the surface of the earth and the soil contents as a result of actions by humans for economic activity or otherwise.

Many of us don’t realize being busy in our lives but land pollution has reached up to a level that is alarming.

If we don’t make efforts to resist, this degradation could be permanent.

More on Causes of Land Pollution.

What to do with tons of billions of waste produced in developed countries every day?

The extremely large production of non-biodegradable plastics has created a global crisis of Land pollution and waste disposal.

Developed countries have a reputation of producing major amounts of waste and then disposing it off in oceans or developing countries. They use effective methods of Solid Waste Management.

Waste disposal is a major reason of landfill sites and hence, Land Pollution.

Being a major concern as it is, Global Warming shouldn’t be underestimated.

One of the major causes of global warming would be human activities that lead to the emission of greenhouse gases.

Due to the rise in temperatures like this, it leads to the melting of glaciers in the arctic, which would cause a rise in sea levels and floods.

The glaring example would be the possibility of Venice being under waters by 2030. More on Global warming.

Climate change has been a major effect of the global warming crisis.

This creates numerous effects on the environment, such as Incidence of new diseases, melting of polar ice, frequent floods and all in all change in the weather conditions such as the major cold of Chicago.

Nobody can deny some of these recent climatic change calamities in 2018 such as;

These were some of the most deadly disasters of 2018.

Ahh, the most significant of them all, Overpopulation has put a burden on the already small amount of resources such as fuel, food and even water that we have left.

To make food available for such a big population has led to intensive farming with the use of pesticides, insecticides and fertilizers that could all be damaging to the environment.

Overpopulation also leads to Urban sprawl which I have explained ahead.

This causes the city to spread around and take over more rural land.

This ruins the natural environment around the city as it grows on and on due to the ever-increasing demand of land.

We do need fuel for a variety of purposes. Most of it comes entirely from fossil fuels and non-renewable resources of energy which have been used significantly.

The process of shifting from these resources to renewable sources of energy like solar, wind, biogas and thermal energy has been slow but successful.

We will make a DIY guide to setting up solar panels at home very soon, so stay tuned!

Forests are responsible for maintaining the balance of air contents. Basically, forests or trees act as carbon sinks.

This means they absorb carbon dioxide and make oxygen via a process known as photosynthesis.

This is crucial for maintaining weather conditions and fighting global warming.

Forests cover roughly 30% of the world, but they’re being cut down at alarming rates for various purposes.

One of our major causes involves reforestation, you can donate and help us plant more trees protected from deforestation.

Biodiversity took about a million years to develop and now actions of the humans are causing the losses in biodiversity and species to go extinct.

Habitats of millions of species have been destructed by deforestation alone.

Simplest of activities such as pollination are essential for an Eco-system to grow and human activities threatens it.

Coral reefs that constitute a glaring majority of the marine life are also affected by the human activities.

The ozone layer is a layer we can’t see but which shields us from the sun’s harmful rays. Destruction of this layer is mainly caused by the Chloro-Floro Carbons that contain Chlorine and Bromine.

The harmful UV radiations of the sun which are blocked by ozone layer are very harmful to humans.

However, the good news is that CFCs have been banned from numerous consumer and industrial products as of now.

Acid rain occurs when some of the very harmful pollutants in air get mixed in with the water in rain.

Acid rain is caused by the harmful pollutants such as nitrogen oxides or sulfur dioxide which come from burning of fossil fuels, eruption of volcanoes and rotting plants.

Acid rain is an established environmental issue that needs to be address as it has detrimental effects on the humans, wildlife and marine species.

The environmental problems that we talk about here today pose a lot of risk to the health of every living being on this planet. According to WHO, nearly every fourth person dies due to unhealthy environments.

Air pollutants cause lung diseases like asthma or even heart problems. Higher tropical temperatures encourage the spread of infectious illness like dengue.

The modification of food genetically through the use of biotechnology is known as genetic engineering.

A gene which is genetically modified in a plant can be deadly to the animals that eat it. If we make insect resistant plants, they can cause the insects to become antibiotic resistant as well!

Now Listen here everybody If us humans continue on living and damaging the environment in this manner, we won’t have an earth to look forward to. So what can we do about it? Thought you’d never ask.

Please try to raise awareness, even if not to everyone, showthis to the one who’s right beside you right now.

Share it on social media if you’d like. We can do so much that works to save the environment you would’ve never even thought about it.

50 Facts on Water Pollution you need to know! 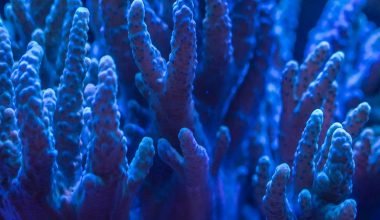